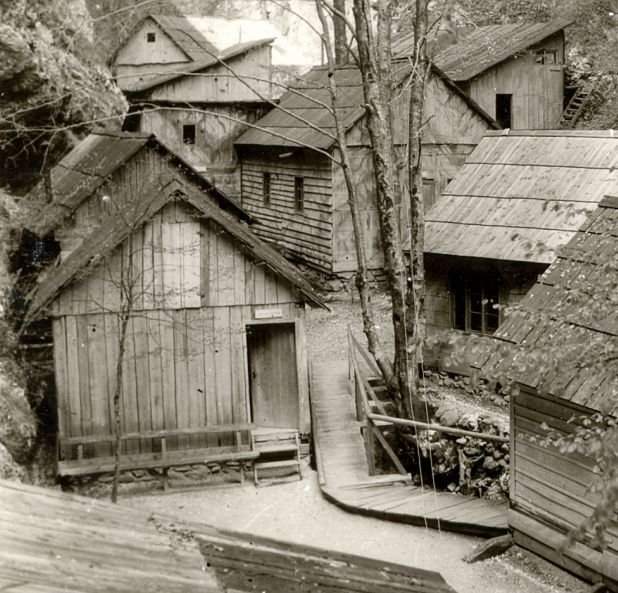 From a clandestine hospital to a monument of European significance

Its history and, to a large extent, attractive location contributed to an early awareness of the exceptional importance of the Franja Partisan Hospital for future generations. After the Second World War, Franja became a cultural monument and a symbol of the struggle, solidarity and heroism of Slovenians who, together with other nations, opposed fascism and nazism. At the initiative by the national Institute for the Protection of Monuments, Franja was listed as a protected monument in 1952 with a decree by the Council of the Government of the People’s Republic of Slovenia for Education and Culture. Afterwards, access to the hospital site was allowed only in the presence of its administrator; any interventions on its buildings required the prior consent of the Institute for the Protection of Monuments. In 1999, Franja was declared a cultural monument of national importance with a decree of the Government of the Republic of Slovenia. Soon after, a request to include Franja on the UNESCO World Heritage List was submitted; while awaiting the inclusion, Franja was placed on its trial list in June 2000. In 2015, Franja was awarded the European Heritage Label by the European Union for its symbolic value and important role in Europe’s history and culture.

Below you can find more information about individual milestones in the monument’s history spanning over seventy years.

The staff left the hospital on 5 May 1945. According to some sources, several members of the staff stayed in the hospital to safeguard it, but they did not stay. In May 1945, the central office of the Franja Military Hospital in Gorizia sent a letter to Janez Peternelj, requesting him to take over the custody of the hospital site. After becoming its caretaker, he was also given a rifle. He supervised the gorge daily and accompanied visitors. In July 1945, he was succeeded by Nikola Radojčić, a former member of the hospital staff. On 7 July 1945, the first memorial book for visitors was set up. The official opening ceremony, at which the former hospital director Dr Franja Bojc Bidovec spoke, was held on 19 May 1946 at the inn in Log, which had served as the hospital’s communication point during the war; afterwards, visitors walked to the gorge along the authentic access trail without safety fences. At the time, the hospital was administered by the Sanitary Department of the Vipava Military District Command. In August 1951, the former caretakers of Franja – Štefan Prezelj (1946-1947) and Ernest Čufar (April 1947-1951) – were succeeded by Franc Bevk, owner of the nearby Čerin farm, who held this responsible assignment for many years.

The year 1952 saw record levels of snow in Slovenia (up to two metres in some places). In the Cerkno area the snow was 1.65 metres high, causing major problems in the Franja Hospital according to the reports by its then caretaker Franc Bevk. Due to the large amount of snow (on 27 January, 1 and 2 February) followed by several avalanches, the gorge was completely snowed in. The cabins were buried in snow up to their rooftops. On 6 March 1952, Franja was visited by Milan Kolar, a representative of the Institute for the Cultural Heritage Protection.  According to his report, the X-ray cabin, the lifting bridge and several other bridges had been destroyed, while Cabin 1 and the Home for the Disabled, were badly damaged. Funds for its reconstruction, which took place from 16 June to 1 July 1952, were secured by the Municipal People’s Committee of Tolmin. The cabins housing the X-ray equipment and the Home for the Disabled were renovated; additional work was carried out by a local carpenter from Cerkno.

The snow-covered road from Cerkno to the Franja Partisan Hospital.
1/2
Heavy snowfall and avalanches destroyed the X-ray cabin.
2/2

A rock in the operating room

The major renovation carried out in May 1957, after years of problems with the management and fundraising, was obliterated by a rocky avalanche on 13 September 1957. The rocky avalanche that crashed down from the slopes of Mali Njivč damaged six cabins (for the wounded, the disabled and the staff, the surgery cabin, laundry and washhroom, warehouse). The roofs collapsed, totally or partially destroying the floors, walls, windows, doors and equipment. The rock which fell on the roof of the operating cabin, landed on the operating table, completely destroying it. The renovation work that followed was completed by mid-October. To prevent similar accidents, palisade nets were installed on the steep slopes by 1959; they were restored after the 1989 avalanche and are still protecting the hospital.

Under the auspices of the Idrija Municipal Museum

With a decree dated 24 December 1962, the Municipality of Idrija entrusted the management of the Franja Hospital to the Idrija Municipal Museum, which continues until the present day (2019). In 2013, the Municipality of Cerkno presented the Idrija Municipal Museum with its highest recognition – Bevk’s Award – for its exemplary half-a-century management of the Franja Partisan Hospital. The Museum manages Franja in cooperation with various professional services, most of all with the Regional Unit of the Institute for the Protection of Cultural Heritage of Slovenia in the Nova Gorica and the Restoration Centre.

Throughout the post-war years the hospital has been visited by people from all over the world. The hospital in the gorge saw the highest numbers of visitors in the 1970s and 1980s (the record year was 1977 with over 47,000 visitors). On the occasion of Franja’s millionth visitor, on 5 October 1986, the Idrija Municipal Museum organised a celebration attended by around 1,000 people. In the past, Franja was regularly visited by its former staff and patients who came again in large numbers after the of 2010 renovation. By the end of 2018, the total number of visitors exceeded 1,630,000, a third of whom were foreigners.

Celebration to mark Franja’s millionth visitor, 1986.
1/3
During the 1960s many people visited Franja’s former communication point at Log.
2/3
A meeting of the former patients and staff to mark the hospital’s 40th anniversary.
3/3

Lorries on the way to Franja

On 8 January 1989, a rocky avalanche from the slopes of Veliki Njivč buried the access trail and picturesque waterfalls at the entrance to the gorge, damaging several cabins. The avalanche hurled some 8,000 m3 of debris into the gorge, with additional several thousand following a preventative blasting. By means of heavy machinery, and nature itself, some 30,000 m3 of debris were removed from the gorge. The true scale of the catastrophe can be seen in the photographs of lorries removing debris from the gorge: up to six lorries (from the Zidgrad company) transported debris from the Pasice gorge to ETA’s construction site in Cerkno and to the business-residential centre in Spodnja Idrija. A scene that is hard to imagine today. The renovation, lasting one year and a half and involving a large number of experts, attracted great public interest and was supported by donations from Slovenia and abroad. The renovation of the cabins (housing medical staff and patients, isolation, operating and X-ray rooms, toilet and kiosk) which were damaged by the avalanche and the ensuing mining was completed in August 1989. The renovation was managed by a team from the Idrija Municipal Museum: Jože Gantar (head), Roman Obid, Slavko Kunc and Marjan Vidali. The renovated hospital reopened in June 1990.

In the days following 18 September 2007 the Slovenian mass media were flooded by headlines such as “Franja Hospital no longer exists” and “Franja destroyed”. Floods which that day struck the area of the Škofja Loka-Cerkno mountain range took six lives and caused enormous material damage. In the Pasice gorge, the swollen Čerinščica torrent destroyed all but two cabins and carried away everything in its path. Just one day after the accident, the Slovenian government pledged to restore this national monument. After consultation with experts, a complete reconstruction was decided. By the end of October 2007, when the site was cleared of debris, projects for the reconstruction of the buildings and the rehabilitation of the gorge began. The documentation prepared by the Idrija Municipal Museum before the disaster, such as blueprints of cabins, geological terrain studies, river bank restoration projects and a list of museum items, proved very useful in all these activities. The reconstruction involved many experts attracting wide public interest and support. The Museum was able to protect the monument’s movable heritage thanks to the generosity of over 1,100 donators.

More information about the renovation is available in the special edition of Idrijski razgledi (no. 2/2012).

Franja is open once again

The reconstruction of the cabins in the gorge took place between August and December 2009, while the Museum worked at the restoration of movables which were largely destroyed by the flood. For each of the cabins, studies were prepared which included pre-disaster analyses and proposals for future layouts. Based on the existing museum documentation, copies of wooden and metal objects, such as tables, benches, chairs, cabinets, bunk beds, stoves and wash basins, were produced. Items to replace those which could not be recovered from the hospital site (such as medical items, containers and lights) were mostly donated by individuals. The cabins were furnished just before the reopening. On the trail and in the cabins, information boards with memories by former patients and staff members were installed for visitors to read. On 22 May 2010, the hospital was officially reopened by Majda Širca, Minister of Culture, receiving more than 1,000 visitors on the first day alone.

The European Heritage Label, which was introduced by the European Parliament Decision in 2011, had evolved from the 2006 Intergovernmental Initiative to emphasise the symbolic value and increase the visibility of those sites that played an important role in European history and culture and/or the creation of the European Union.

In 2014, the Ministry of Culture of the Republic of Slovenia submitted to the European Commission applications for four Slovenian monumental sites; among these only the Franja Partisan Hospital successfully passed the evaluation process and was awarded the European Heritage Label. At a ceremony in Brussels on 15 April 2015, apart from Franja, the Label was awarded to 15 other monumental sites from Poland, Germany, Greece, France, Hungary, Portugal, Spain, Italy and Lithuania. The ceremony was attended by Ivana Leskovec, Director of the Idrija Municipal Museum, and Milojka Magajne, the chief curator of the Franja Partisan Hospital collection. Three days later, on the World Day of Monuments and Memorial Sites, the awarded Label was solemnly uncovered at a ceremony in Franja. Apart from Julijana Bizjak Mlakar, the Slovenian Minister of Culture, and her colleagues, the ceremony was attended by a number of former associates who had participated in Franja’s maintenance, renovation and management, as well as representatives of the media and general public.

Recipients of the European Heritage Label for 2014, Brussels, 15 April 2015.
1/3
Solemn unveiling of the plaque in the Franja Partisan hospital, 18 April 2015.
2/3
At the entry to the Franja memorial site visitors are acquainted with its importance for European history.
3/3
Information
Franja – a monument
Dolenji Novaki, Cerkno
Visit
Walking along the trail from the car park to the Pasice gorge takes about 10 minutes. The trail leads along a stream and across slopes, stairs and wooden bridges. Several notice boards in Slovenian and English are located along the trail. Viewing is your individual choice; for an additional charge, guided viewing can be arranged for groups booked in advance. The maximum number of visitors in a group is 50; larger groups are divided into two or more smaller ones. Appropriate footwear (sports shoes or hiking boots) is recommended. Viewing by people with impaired mobility is not advised. Pets are welcome, provided they are kept on the leash.
Where are we? 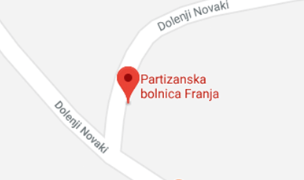 Opening hours
From 1 April to 30 September, every day: 9:00 - 18:00
From 1 October to 31 October, every day: 9:00 - 16:00
From 1 November to 31 March: for groups, by appointment only
Contact
+386 (0)5 37 231 80info@muzej-idrija-cerkno.si
Do you know?
As early as 1908, Cerkno’s mountaineering society opened the trail to the Pasice gorge, which was visited as a natural attraction. After the Italian occupation of Primorska, the trail was obliterated for many years, until a hospital was built there. 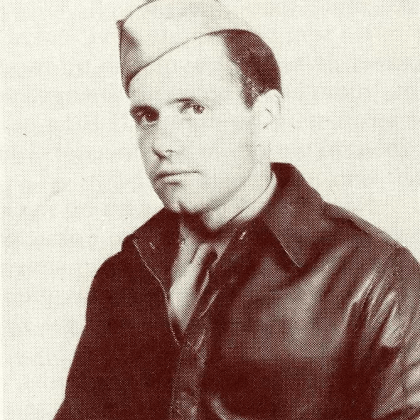 They were treated at Franja 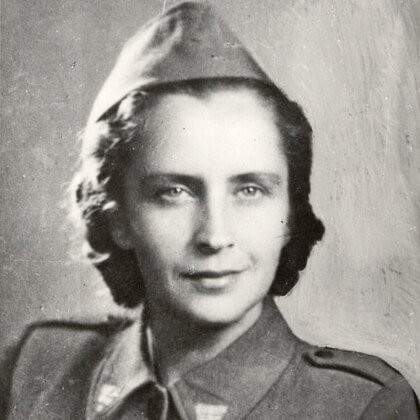 They worked in Franja 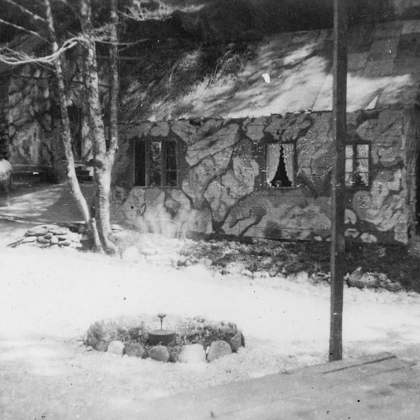