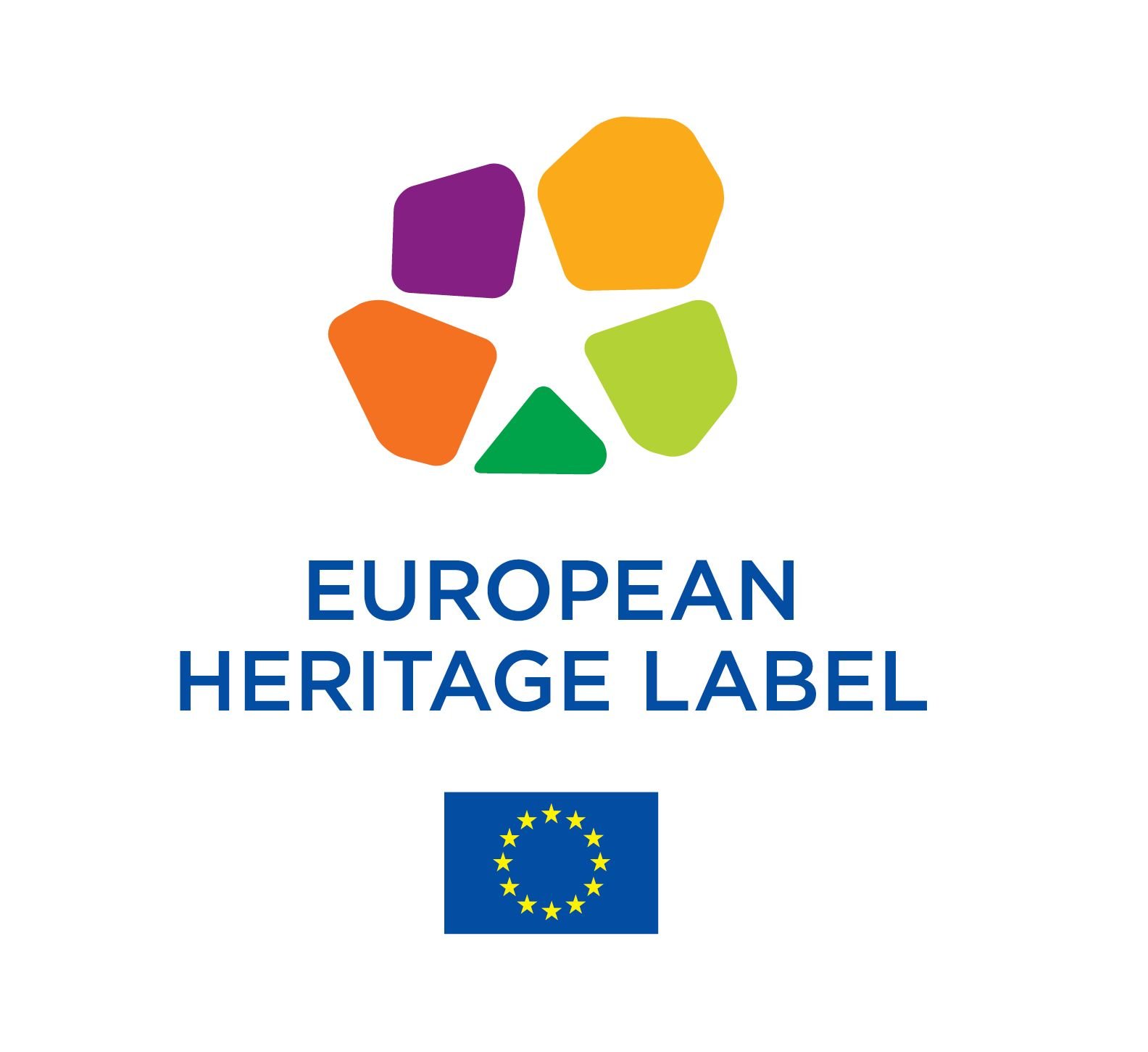 The European Heritage Label is a European Union action based on the 2006 intergovernmental initiative, introduced by Decision No. 1194/2011/EU of the European Parliament and of the Council of Europe.  The objectives of the European Heritage Label are to strengthen the European citizens’ sense of belonging to the Union, in particular that of young people, based on shared values and elements of European history and cultural heritage, as well as an appreciation of national and regional diversity, and strengthening intercultural dialogue. To this end, the sign emphasises the symbolic value and enhances the visibility of the sites that have played an important role in European history and culture and/or in shaping the European Union. According to the new rules, in 2013, the nomination of sites was restricted to those Member States which had not participated previously. The first four labels were awarded in April 2014.  This year was open for candidate sites from those Member States which had participated in the 2006 intergovernmental initiative, including all four sites in Slovenia. In 2015, the label was only awarded to the Franja Partisan Hospital. An important criterion was a quality project with projected activities highlighting the European dimension of the site. Sites in participating countries are pre-selected at a national level every two years, with a maximum of two sites pre-selected and only one awardee.

With the award of the European Heritage Label, Franja Partisan Hospital was acknowledged as a site that forms an important part of common European history and culture.  The label signifying the values ​​– humanity, solidarity, tolerance, integration and intercultural dialogue – that are at the top of the value system of today’s united Europe, underlined the symbolic significance of the area.  On the one hand, it has contributed to an increased awareness of the European dimension of our area, and on the other hand to its greater visibility. The museum systematically promotes awareness of our common European history with programmes such as lessons, guided tours, lectures, exhibitions and concerts for various groups, paying special attention to the youth. A special programme called “Education for Peace” presents the Franja Hospital as a memorial site conveying an exceptionally strong message. Commission report on the award of the label.

2019 – Zdravljica – the Message of the European Spring of Nations (Slovenia)